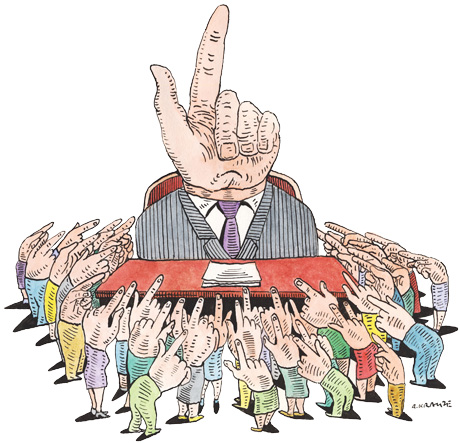 The creativity of labour

Hilary Wainwright poses some questions about how to achieve a commons-based alternative to capitalist production
he work of Michel Bauwens and the P2P Foundation on a peer to peer/commons approach to production is important for several reasons. First, it draws attention to the fact that the new information, design and communication technologies make possible economies of co-ordination and transaction that provide potentially historic opportunities for scaling up, spreading and expanding the many dispersed economic initiatives driven by social values rather than profit maximisation.
Bauwens identifies this potential in the full knowledge that these same technologies enable the canniest corporations to become increasingly powerful while at the same time minimising their costs. Distributed, decentralised production is for Bauwens a contested terrain, full of ambivalences and risks as well as opportunities for transformative politics.
The second reason for the importance of his work is his focus on the growth of a commons of knowledge and design, in both immaterial and increasingly material production, as a development of immense strategic significance and with an already transformative character. In itself this commons is no island of unalienated work, however. Take open software development, for example: the success of Apple, Google and IBM is based on a business model, as Bauwens implies, that gives these companies access to creative labour while leaving responsibility for productivity with the developers themselves. In doing so, they avoid incurring the costs of recruitment, training, pensions, childcare leave or other means of sustaining labour.
Bauwens claims to provide a complete design for a new model of production: ownership, management structure, distribution system and all. His strength is his specific focus on the knowledge and design commons but at the same time an openness to the wider connections that will help realise its transformative potential .
Some questions, then, from a sympathetic point of view, to help to take the argument further. First, if the most intelligent predator companies are already exploiting commons production, what is to stop the corporations from fencing this commons in? What wider connections to what countervailing forces, initiatives and sources of support could enable this commons to contribute to a wider challenge to the capitalist firms?
I’m thinking here of connections within the economy, as distinct from – but not opposed to – the kind of political alliance that Bauwens interestingly but a little optimistically sketches. For example, what possibilities are there of linking up with and strategically enhancing the co-operative and solidarity economy discussed by Robin Murray and others in the previous issue of Red Pepper?
Is there a role for the unions in developing such an alternative? Levels of unionisation are low among IT workers. Open software developers, though, have a variety of strong networks of their own that act as sources of recognition and employment, and provide a degree of protection, bargaining power and sometimes a basis for campaigning on issues of common concern – for example, in opposition to attempts to impose proprietary enclosures. Could unions learn from experiences of supporting organisations of the self-employed, such as Streetnet in South Africa and Sewa in India, or from other unions such as the National Union of Journalists that have supported freelance workers for a long time? How would unions have to change to make the issues of control over the use and purpose of human creativity as important as the struggle over employment conditions and payment? Would it help to see labour as human creativity as itself a commons?
It would lead to asking: what are the institutional, including financial, conditions for nurturing and realising the creativity of each for the benefit of all? This would apply at micro levels – how enterprises should be organised – and at the macro. What means of livelihood, with what public support, would be required to have some autonomy from the labour market? What legislative frameworks would be needed; what support for education, training, sabbaticals? And how can we envisage non-capitalist market forms that can be experimented with here and now as part of the contestation and competition with capitalist forms?
Above all, though, as the left shows tentative signs of electoral recovery, we must learn the lesson of how social democracy has been bulldozed or captured by corporate power. This is in no small part due to the fact that its programmes of redistribution were not rooted in a distinct strategy for production, with the creativity and solidarity of labour at its centre. Bauwens offers an opportunity for thinking and acting over production beyond capitalism. We should grasp it in all its complexity.
+ Original post

Un comentario en “P2P production and the coming of the commons”